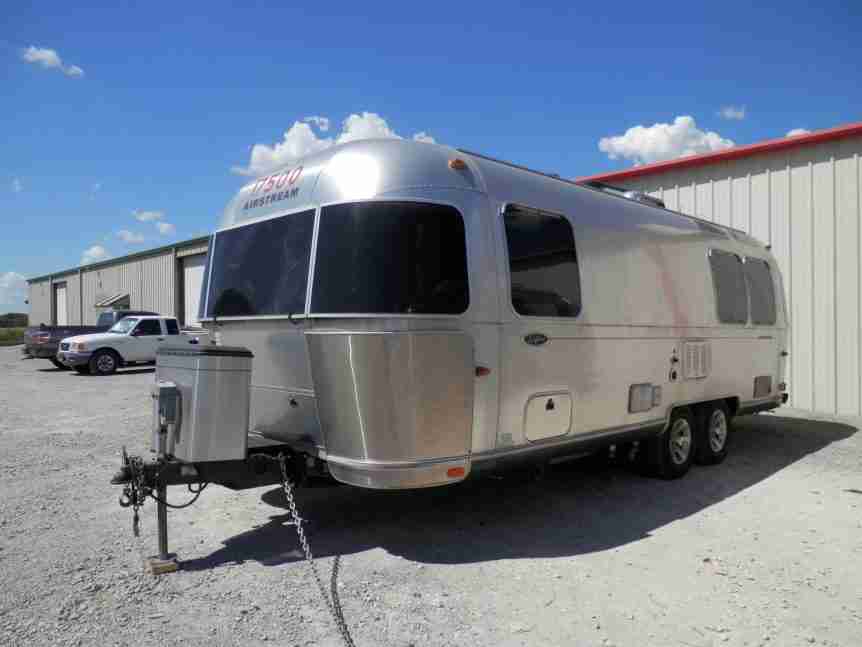 Airstream is an American brand of travel trailer (“caravan” in British English) easily recognized bu the distinctive shape of its rounded and polished aluminum coachwork. This body shape dates back to the 1930s and is based on the Bowlus Road Chief, an earlier all-aluminum travel trailer designed and built by Hawley Bowlus, the same designer and engineer who also oversaw the construction of the Spirit of St. Louis.

Airstream trailers and recreational vehicles are manufactured in Jackson Center, Ohio, United States. The company, now a division of Thor Industries, employs more than 800 people, and is the oldest in the industry.

The company was created by Wally Byam who began building trailers out of Masonite in his backyard in Los Angeles during the late 1920s. Byam published a magazine selling “how-to” kits to customers wishing to build their own trailers. In 1936, Byam introduced the “Airstream Clipper”, which was essentially a rebagged 1935 Bowlus Road Chief, with the door relocated from the front to the side. The design cut down on wind resistance and thus improved fuel efficiency, It was the first of the now familiar sausage-shaped, silver aluminum Airstream trailers. In 1936, the first Airstream was introduced. Named the Clipper, after the first trans-Atlantic flying boat. Sold for @1,200 it was able to house four people, had electric lights and a water supply. Of more than 400 travel trailer builders operating in 1936, Airstream was the sole survivor of the Depression.

This airstream came in for a bathroom and kitchen remodel, custom built dog creates in the bedroom and living room and new flooring throughout the entire trailer.

We have begun this project by removing the kitchen.

The new flooring is being installed.

Wallpaper installed in the bedroom and living room walls.

We have begun tearing down the bathroom. The toilet, sink and countertop have been removed.

The new refrigerator has been installed.

The bathroom wallpaper has been installed.

Reinstalled the toilet in the bathroom.

The new kitchen cabinets have started to being installed.

The dog create has begun being built in the living room.

Adding trim to the dog create.

Dog create in the living room has bars being installed.

Begun to frame out the dog creates in the bedroom.

Walls are up on the dog creates.

The bedroom dog creates have the divider wall installed.

We have installed ship lights under the cabinets in the bedroom and living room.

The overhead cabinets have been installed.

We have installed the kitchen counter top which is butcher block.

We have gotten the porthole installed and the bathroom has been completed.

We wrapped the fridge with a vinyl wrap made to look like a vending machine.

We have gotten the arms attached to the awning.

The bedroom dog create countertop has been installed.

The bedroom cabinets have been painted and added wallpaper.

The countertops have been clear coated.

The living room dog create countertop has been clear coated.

The kitchen sink has been plumbed water lines and drainage installed.

Bedroom countertop has been clear coated.

Added butcher block to the bathroom shelves to match them to the countertops.