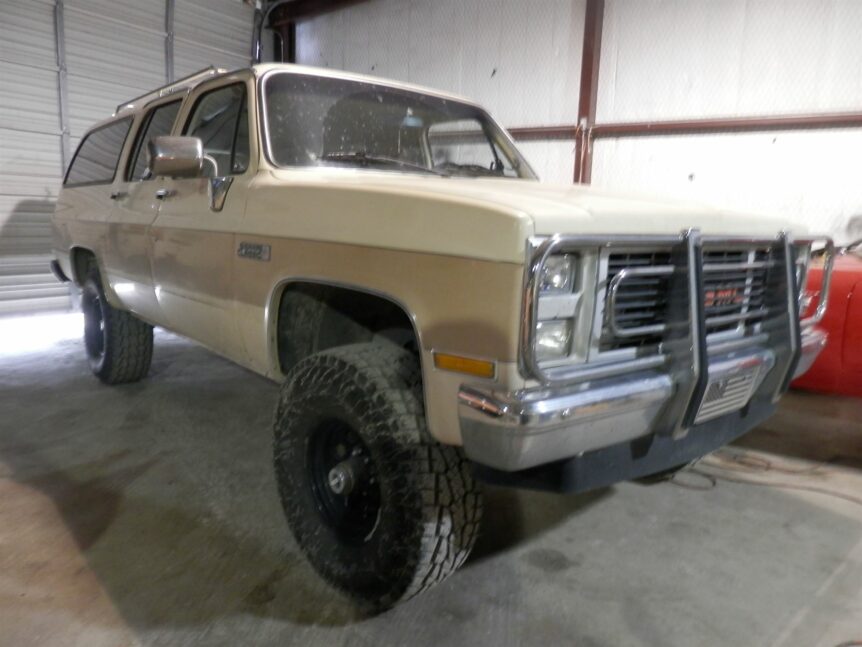 The Chevrolet Suburban is a full-sized SUV from Chevrolet. The name started in 1934 for the 1935 U.S. model year, making it the longest continuously used automobile nameplate in production. It has traditionally been one of General Motors’ most profitable vehicles. The 1935 first generation Carryall Suburban was one of the first production all-metal bodied station wagons. It now comes with three engine options: a 5.3 liter V8, 6.2 liger V8 or a 3.0 liter Inline-6 turbo diesel.

The Suburban was additionally produced inder the GMC marque until the GMC version was rebranded as the Yukon XL. It was also briefly marketed as a Holden. For most of its recent history, the Suburban has been a station wagon-bodied version of the Chevrolet pickup truck, including the Chevrolet C/K and Silverado series of truck-based vehicles. Cadillac offers a veriosn called the Excalade ESV.

With the third generation Rounded-Line C/R & K/V models, the Suburban became a four-door vehicle. The Rounded-Line 1970s body style remained largely unchanged for 19 model years – making this series the longest Suburban generation in production. 2WD (C/R) and 4 WD models (K/V) were both available in 1/2 and 3/4 ton (“10” and “20”) chassis.

This SUV was brought in for some work on the roof of the body.

Removed the ceiling panel to weld some holes.

Doing some light bodywork to prep for primer.

We have gotten the Suburban into the paint booth to spray with primer.

Sprayed primer on the roof to seal the body.

The roof has been painted and had the color matched to the rest of the vehicle.

The clear coat has been applied.

Reinstalling the window trim to the passenger side and rear windshield.

Instillation of the rear windows have been completed.