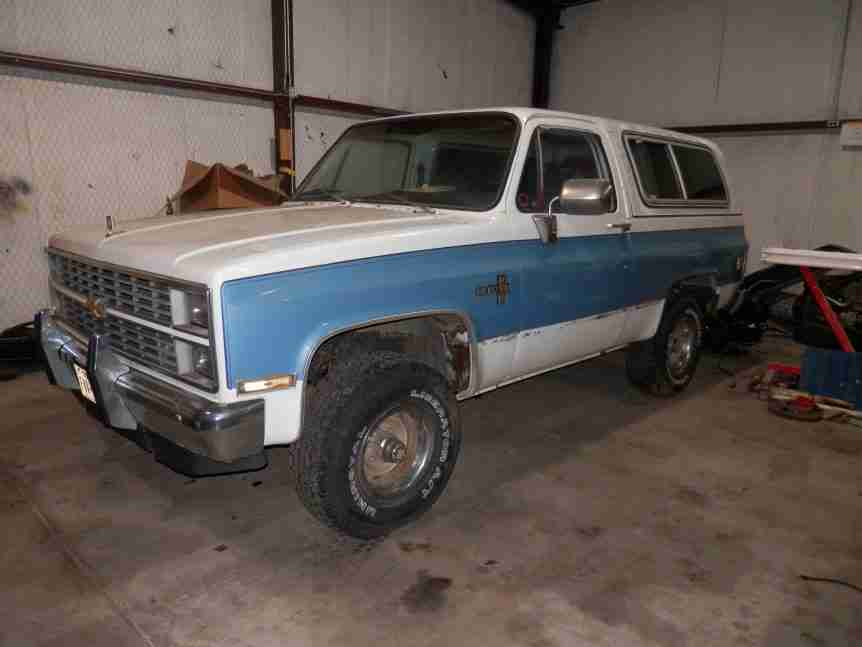 The Chevrolet K5 Blazer is a full-size sport-utility vehicle that was built by General Motors. GM’s smallest full-size SUV, it is part of the Chevrolet C/K truck family. Introduced to the Chevrolet line for the 1969 model year, the K5 Blazer was replaced for 1995 by the Chevrolet Tahoe. The third generation was simply called “Chevrolet Blazer”, without the K5 name. In 1970, GMC introduced its own model of the truck, called the Jimmy, which was discontinued in 1991 and replaced by the Yukon. The “Jimmy” name was chosen to reflect how GM may sound in a similar manner to how Jeep was thought to be a pronunciation of GP in the competing market. Both were short-wheelbase trucks and available with either rear- or four-wheel drive.

The K5 Blazer and Jimmy had “full convertible” removable tops until 1975. For 1976, GM introduced a half-cab design that was less prone to leaks and slightly sager in a roll-over. These half cabs had the convertible top begin a few inches behind the driver/passenger doors and runback to the tailgate.

Around 1976, a prototype K5 Blazer was used as a testbed for a military CUCV vehicle built by Vic Hickey, father of the HUMVEE. Between 1983 and 1987, what is known as the M1009 CUCV was the production militarized version of the civilian K5.

We will diagnose why this Blazer isn’t running and get it running, drain out the old fuel and install a new battery.