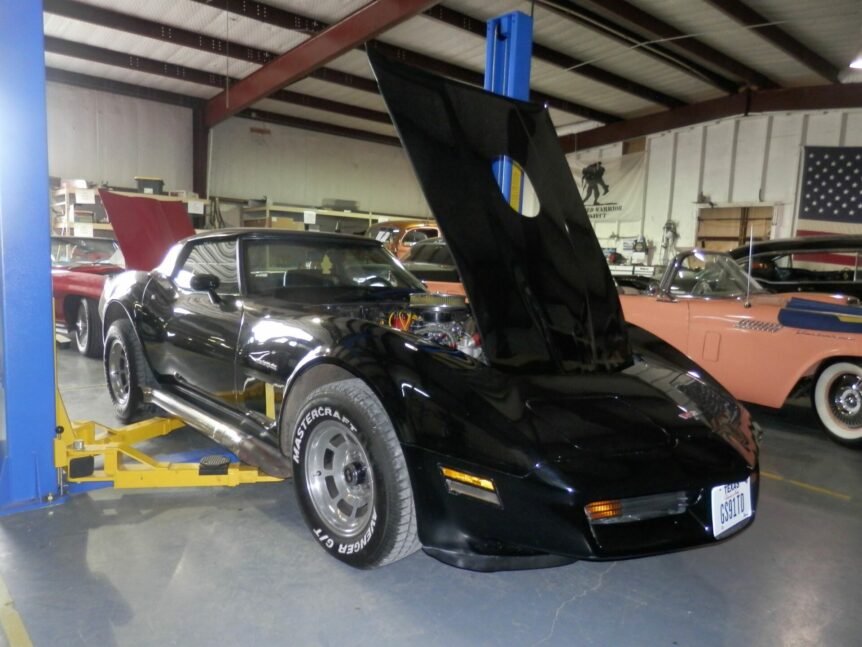 The Chevrolet Corvette is a classic American sports car that has been manufactured and marketed by the company for over six decades. It began life with front engine powering its way through all eight generations, but now offers mid-engine layout since 2020 models entering production this year! The unique plastic bodied hatchbacks are either made from fiberglass or composite material depending on design preferences throughout different periods in time which you can distinguish easily thanks to numerically assigned acronyms such as “C1” referring to first generation cars built between 1953 – 1957; while newer examples sported numbers like C8 meaning eighth versions released into public domain just last month before we saw another

The Corvette has been a favorite among car enthusiasts since it was first introduced in 1953. The small, but maneuverable warship-like vehicle became known as the ‘Corvette’ due to its versatility and style that similarities with European sports cars of this period . This name stuck even after GM executives accepted an idea from Myron Scott who suggested they names their new sports cars after what he called “small … very agile fighters.” Over time there were many variations created such as convertibles or coupes; all models were manufactured at different times within Bowling Green Kentucky until 1981 when production shifted entirely over here–this is also where you’ll find The National Corvette Museum which houses countless examples ranging back through every generation!

The third generation Corvette, patterned after the Mako Shark II concept car, was introduced for the 1968 model year and was in production until 1982. C3 coupes featured the first use of T-tops removable roof panels. It introduced monikers that were later revived, such as LT-1, ZR-1, Z07 and Collector Edition. In 1978, Corvette’s 25th anniversary was celebrated with a two-tone Silver Anniversary Edition and an Indy Pace Car replica edition of the C3. This was the first time that a Corvette was used as a Pace Car for the Indianapolis.

We got this vehicle in to do some repair work on the rear axle.

Removed the rear axle to access a leak coming from the differential.

The T-Tops have been removed.

We have removed the differential, old shocks and oil pan.

Working on pulling the crankshaft out.

Removed all the front suspension.

New brakes and hubs have been installed.

Removed the engine and have begun teardown.

The engine has been reinstalled back into the vehicle.

The starter has been installed and wired in.

We have gotten the headers installed.

The new shifter linkage has been installed.

The new neutral start switch has been installed.

We modified the header to fit steering box.

We started modifications of shifter linkage and a neutral start switch.

The headers completely installed to the engine.

Removed dash to pull out the current wiring harness.

Installing new duct work in rear of the dashboard.

The old wiring harness has been completely removed from the vehicle.

We have begun routing the new wiring throughout the interior of the vehicle.

We have cleaned and sealed floors. We have also begun installing dynamat on the passenger side.

The interior AC hoses have been hooked up and we have installed new condenser.

The dynamat has been installed in the interior of the vehicle.

Building new gauges for the dash.

New carpet has begun to be laid out.

The new dash has been reinstalled with the new gauges.

The brake booster is being installed.

Dynamat has been installed on the doors.