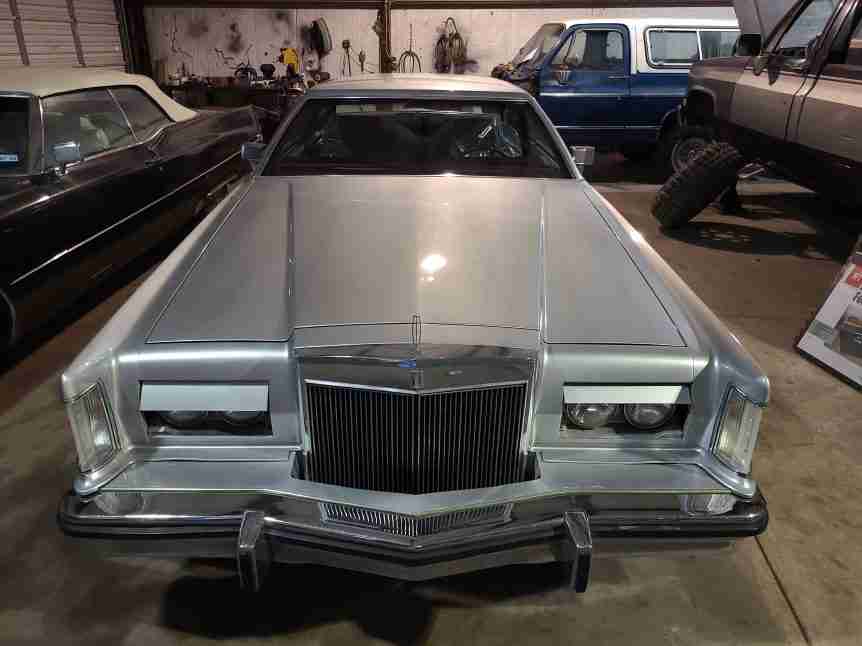 The Continental Mark V is a personal luxury coupe that was marketed by the Lincoln division of Ford Motor Company from the 1977 to 1979 model years in North America. The fourth generation of the Mark series, the model line brought an extensive modernization to the exterior and interior of the Mark IV. The Mark V introduced a sharp-edged exterior design theme, adopted by Lincoln vehicles into the end of the 1980s.

At 230 inches (5.85 m) long, the Mark V is the longest two-door coupe ever sold by Ford Motor Company; the fifth generation Lincoln Continental sedans (233 inches long) are the only longer passenger cars ever marketed by Ford. While only sold for three years, the Mark V is the best-selling generation of the Mark series, with 228,262 examples produced.

In the engine compartment, the now-seemingly gigantic 7.5 L (460 cid) V8 and dual-exhaust 400 V8 are discontinued, all in the name of helping Ford Motor Company meet the US government-mandated Corporate Average Furl Economy (CAFE) standards, which were enforced beginning in 1978.

1978’s electro-mechanical seat belt warning chimes carried over into 1979…and were now not only standard on Collector’s Series, but were also standard on the Designer Sereies models as well. From 1980-on, selected (higher-end)

The Lincoln came in for us to do some interior work and also change the brakes and engine work.

We removed the tires to get a good look at the brakes.

Working on changing the brakes.