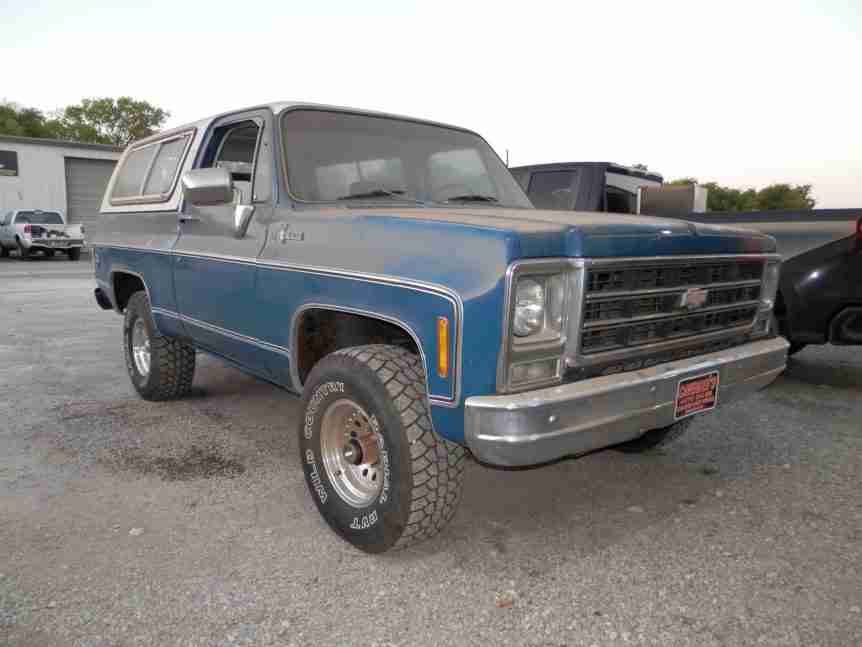 History of the Chevy Blazer

The Chevy K5 Blazer is a full-size utility vehicle that was built by General Motors. The smallest of the bunch, it’s part in Chevrolet C/K truck family and was originally introduced in the 1969 model year and was replaced in 1995 with the Chevy Tahoe.

The third generation of this family hauler was simply called “Chevrolet Blazer“, without the K5 name. In 1970, GMC introduced its own model of the truck, called the Jimmy, which was discontinued in 1991 and replaced by the Yukon. The “Jimmy” name was chosen to reflect how GM may sound in a similar manner to how Jeep was thought to be a pronunciation of GP in the competing market. Both were short-wheelbase trucks and available with either rear – or four-wheel drive models.

From 1973 to 1980 Blazers used the gear-drive part-time NP-205 transfer case (mostly mated to the SM465 manual transmission and some TH3550s) or the chain-driven full-time NP-203 transfer case (mated to the TH350 automatic) and DANA-44 front/12-bolt rear axle combination through 1980. Starting in 1981 Blazers used the chain-driven NP208 transfer case (NP241 after 1988) with front 10-bolt/rear 10-bolt axle combinations until 1991. There is an overlap of 12-bolt rears into the early ’80s, while the 10-bolt front axle was phased into production in the late 1970s. For more information on this iconic American vehicle, check out Wikipedia.

Restoring a classic truck like the Chevy Blazer from the ground up is no small task. Texoma Classics will be doing electrical work, automotive upholstery, and paint before installing Dynamat to keep the vehicle safe, quiet, and comfortable for any adventure that might come its way!

We’ve started removing some of the interior components from the 1979 Chevrolet Blazer in preparation for upholstery restoration work. Don’t worry about the mess, these carpets will be replaced during the restoration process. We’ll also be reupholstering the seats, headliner, sun visors, and most other interior components.

We removed the rotors & four-wheel drive to be able to replace with new ball joints.

Ball joints , steering knuckles and rear brakes have been torn down.

We have painted the steering spindle and vacuum plates.

We had rotors turned to keep them from warping.

The new upholstery for the seats has been completed.

Driver and passenger door panels have been removed to diagnose power window motors and locks.

New brakes and brake drums have been installed.

The fenders, hood and core support have been removed.

Removed the trim from the body.

Beginning to teardown the interior.

We have begun removing the hardtop in preparation for media blast.

The entire interior has been removed.

Removed the master cylinder from the firewall.