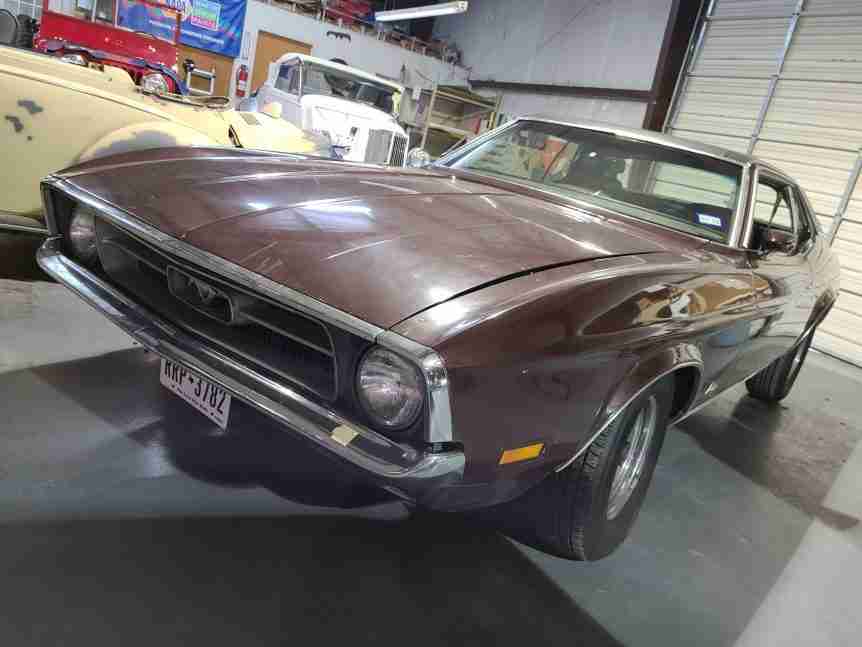 The Ford Mustang is a series of American automobiles manufactured by Ford. In continuous production since 1964, the Mustang is currently the longest-produced Ford car nameplate. Currently in its sixth generation, it is the fifth-produced Ford car nameplate. The namesake of the “pony car” automobile segment, the Mustang was developed as a highly styled line of sporty coupes and convertibles derived from existing model lines, initially distinguished by “long hood, short deck” proportions.

Originally predicted to sell 100,000 vehicles yearly, the 1965 Mustang became the most successful vehicle launch since the 1927 Model A. Introduced on April 17, 1964 (16 days after the Plymouth Barracuda), over 400,000 units in its first year; the one-millionth Mustang, the vehicle was a 2019 Wimbledon White convertible with a V8 engine.

Developed under the watch of S. “Bunkie” Knudsen, Mustang evolved “form speed and power” to the growing consumer demand for bigger and heavier “luxury” type designs. “The result was the styling misadventures of 1971-73…the Mustang grew fat and lazy, Ford was out of the go-fast business almost entirely by 1971.” “This was the last major restyling of the first-generation Mustang.” The 1971 Mustang was nearly 3 inches (75 mm) wider than the 1970, its front and rear track was also widened by 3 inches (75 mm), and its size was most evident in the SportsRoof models withs its nearly flat rear roofline and cramped interior with poor visibility for the driver.

This Mustang came in for some wiring work and media blasted for a new paint job.

We have removed the fenders, hood, grille and deck lid.

We blocked off the windows to have the vehicle media blasted.

After media blast we got a view of how the metal looks.

Both the driver and passenger rear quarter panels have been cut off to be replaced.

We have started to cut out the rusted parts on the floor boards.

The passenger floor pan is being welded into place.

We are doing some body work to the front fenders.

Rear passenger quarter panel has been welded on.

Removed the braces and began cleaning up to reinstall on rear quarter panel.

We have gotten the drivers rear quarter panel welded on.

Welding the rear quarter panel in the trunk.

Bodywork on the drivers door in preparation for paint.

Welding in a patch panel due to rust under the battery tray.

Completed the patch panel for the battery tray.