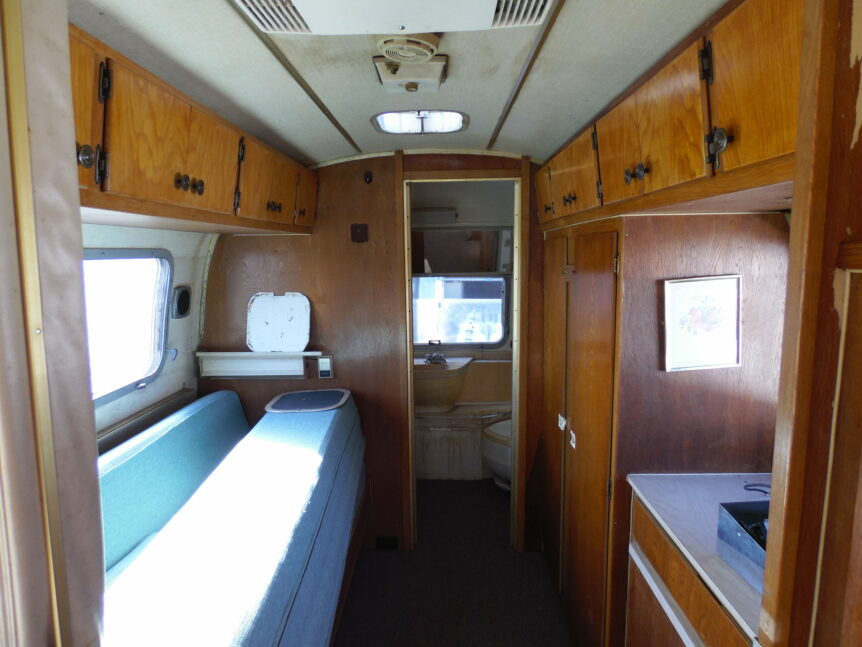 An innovator for the recreational and vacation vehicle sector, Airstream was founded by Wally Byam in 1932. A company that quickly blossomed on the success of aerodynamic aluminum travel trailers, Airstreams continues to use the same iconic styling and construction. Along with vacationing families and other adventures, commercial as well as government agencies such as NASA have continued to popularize the Airstream product line. According to research conducted during Airstream’s 75th anniversary in 2006, between 60 to 70 percent of the company’s trailers are still operating.

The client brought in this Airstream to have us fix a few items. We are going to look at the gas tank and lines, water tanks, plumbing and the flooring.

Found some rotted wood under the old carpet and couch. Going to cut out the old wood and replace it with brand new wood.

The new wood is in and complete, now on to the next step.

Found a couple of places that have same rusted areas. On the other side the doesn’t appear to be as bad but the rear sub frame will have to be replaced.

Started to cut out the rusted sub frame, to find out it is worse then we originally thought it was.

Took the floor out of the bathroom since it was rotted. Also, it had to come out so that the team could fix the sub frame underneath the floor.

Parts of the bumper support/frame in the rear were rusted out so our team cut out the cancerous portions and replaced them with new metal.

The new sub-frame is complete, on to replacing the bathroom floor.

Wit the sub frame is complete, we were able to replace the floor with new wood.

Placing the floating sub-floor down so that when we put down the linoleum it is all leveled out.

Got the floating sub-floor finished, so we started laying down the linoleum, as you can see we don’t have much more to go.

The linoleum is all-around impeccable, our team finished up around the edges, the only place that was left to go.