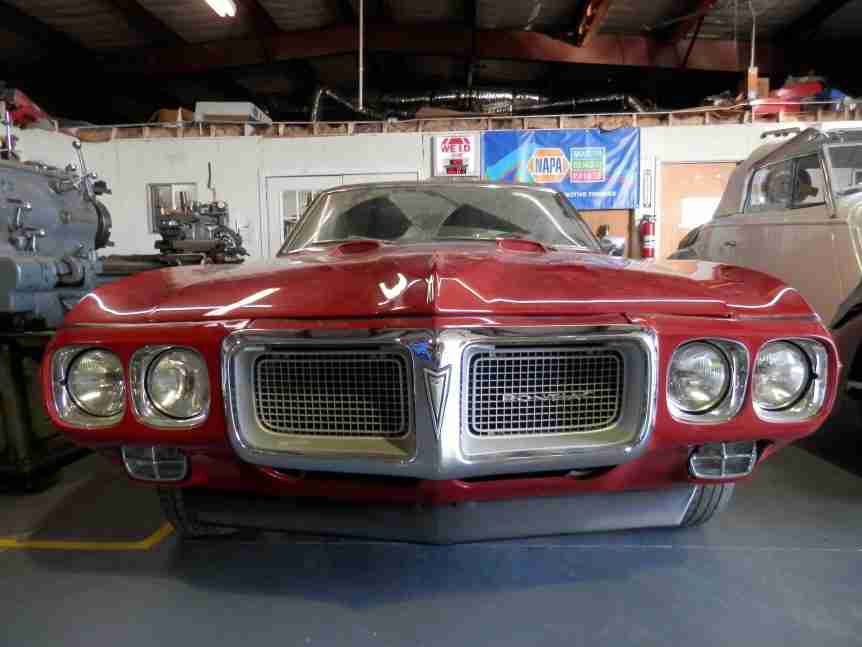 The Pontiac Firebird is an American automobile that was built and produced by Pontiac from the 1967 to 2002 model years. Designed as a pony car to compete with the Ford Mustang, it was introduced on February 23, 1967, five months after GM’s Chevrolet division’s platform-sharing Camaro. This also coincided with the release of the 1967 Mercury Cougar, Ford’s upscale, platform-sharing version of the Mustang.

The name “Firebird” was also previously used by GM for the General Motors Firebird in the 1950s and early 1960s concept cars.

The first-generation Firebird had characteristic Coke bottle styling shared with its cousin, the Chevrolet Camaro. Announcing a Pontiac styling trend, the Firebird’s bumpers were integrated into the design of the front end, giving it a more streamlined look than the Camaro. The Firebird’s rear “slit” taillights were inspired by the 1966-1967 Pontiac GTO. Both a two-door hardtop and a convertible were offered through the 1969 model year. However, GM feared this would cut into Chevrolet Corvette sales, and gave Pontiac a piece of the “pony car” market through sharing the F-body platform with Chevrolet.

This Firebird came in for some engine work. We will be diagnosing the problem and fixing any issues.

We have removed the A/C compressor and are doing a compression test the spark plugs.

We have gotten the engine removed.

We will have to replace the heater hose to cylinder head fitting.

We have gotten the new heater hose to cylinder head fitting installed.

After fixing the fitting, the engine has been reinstalled.

The new headliner has been installed.