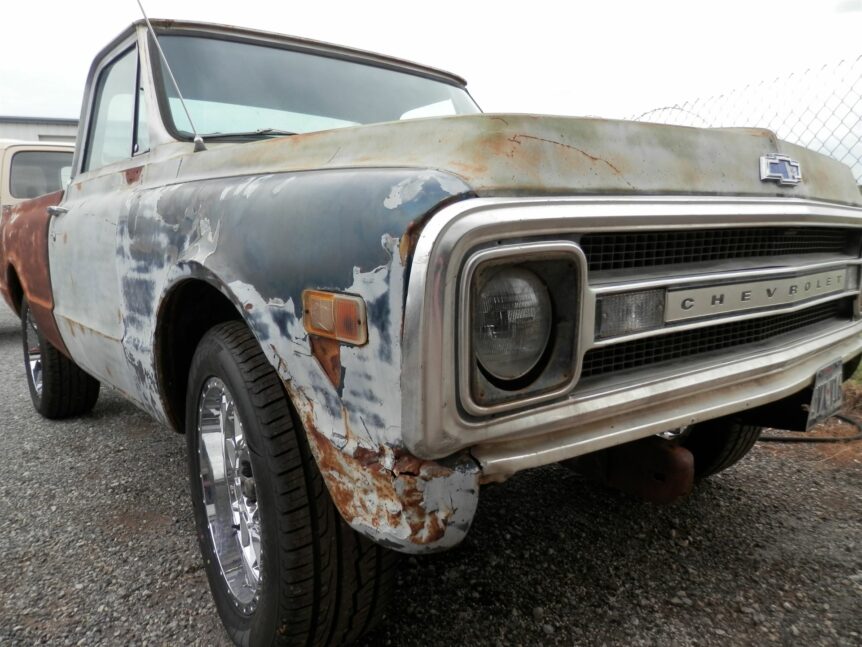 C/K is a series of trucks that was manufactured by General Motors from the 1960 to 2002 model years. Marketed by both the Chevrolet and GMC divisions, the C/K series encompassed a wide range of vehicles. While most commonly associate with pickup trucks, the model line also included chassis-cab trucks and medium-duty trucks and served as the basis for GM full-size SUVs. Through its entire production, the model line competed directly against the Ford F-Series and the Dodge D series (later the Dodge Ram pickup).

For South America, the model line was manufactured by General Motors Brazil, who produced versions of the model line for Brazil, Argentina and Chile from 1964 to 2001.

The second-generation C/K was introduced for the 1967 model year. Designated the “Action Line” generation by General Motors, the C/K largely carried over its drop-center ladder frame and its coil-sprung rear axel, but the body was redesigned from the ground up to improve its capability as a multi-purpose vehicle. Alongside a utilitarian vehicle intended for work or farm use, the C/K was also offered with optional features carried over from Chevrolet sedans, including automatic transmissions, AM/FM radio, carpet and two-tone paint.

While the Aciton Line would not undergo a definitive model revision through its production, the series underwent fradual changes on a biannual basis. The drivetrain line underwent multipul revisions, as a large-block V8 was offered for the first time in 1968. After 1969, GM switched entirely to Chevrolet-produced engines for C/K pickup trucks.

We will be installing a new wiring harness and guages to the truck. Also, we will be replacing wheel studs and brakes. The transmission will go from automatice to a 3-speed column shift.

We have taken the rims off to diagnose the brake issues.

Installing all new studs and brakes.

Working on installing the new wiring harness under the dash.