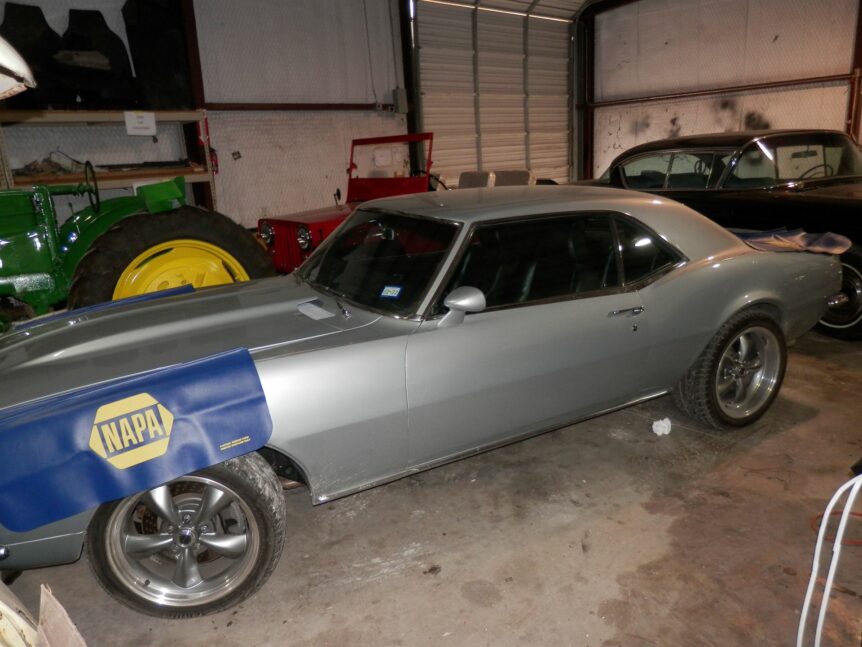 The Chevrolet Camaro is a mid-size American automobile manufactured by Chevrolet, classified as a pony car and also as a muscle car with some versions. It first went on sale on September 29, 1966, for the 1967 model year and was designed as a competing model to the Ford Mustang. The Camaro shared its platform and major components with the Pontiac Firebird, also introduced for 1967.

Four distinct generations of the Camaro were developed before production ended in 2002. The nameplate was revived on a concept car that evolved into the fifth-generation Camaro; production started on March 16, 2009. Over 5 million Camaros have been sold.

The first-generation was available in Super Sport, Rally Sport and beginning in December 1966 the high-performance Z/28, models. It came with stripes on the hood and trunk (that could be optioned-out at no-charge), styled rally road wheels, and a special 302 cu in (4.9 L) V8 engine that had been developed for Trans Am series racing. Front vent windows disappeared and safety side marker lights appeared in 1968.

The Camaro was one of the vehicles in the SCCA-sanctioned Trans-Am Series. Chevrolet worked with Roger Penske to operate their unofficially factory-backed Trans Am team, winning the title in 1968 and 1969 with Mark Donohue. Jim Hall’s Chaparral team replaced Penske for the 1970 season. Warren Agor of Rochester, NY, was the sereis’ leading Camaro privateer, his orange #13’s o, 1993, 1994 and 1998.

There is a leak that needs to be located between the timing cover and oil pan. We will also be installing big block springs.

The new big block coil springs have been installed.

We are prepping and cleaning the gasket surface area for the new gasket to be installed.