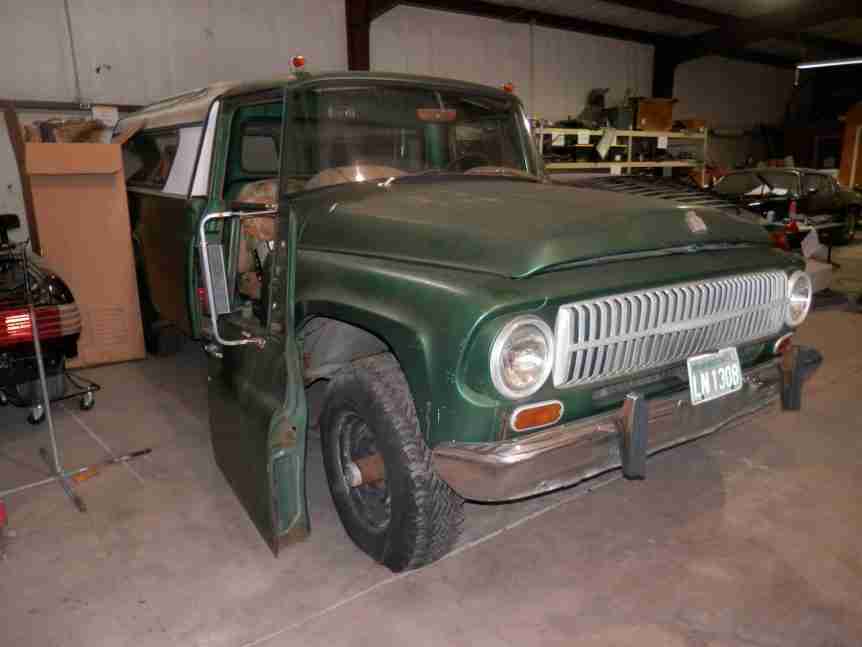 International trucks are known for their durability and have been a popular choice among farmers since they were first introduced in 1961. The C series was specifically made to meet these needs, with rugged construction that could withstand hard work on the farm without breaking down too often!

The C-Series trucks in 1961 introduced a whole new chassis with front end modifications, including an independent suspension system. This meant that the crew cab was now mounted four inches lower than before and had significantly smoother ride qualities due to its improved body control at high speeds on uneven terrain or bumpy roads–a standard feature among pickup truck owners today who prize their utility vehicle’s ability not just as transportation but also workstation! A bonus load bed option became available where you could fit larger items, and there was also a utility “workshop” version. The most obvious visual differences were that the twin headlights were now mounted side-by-side, and a new grille of a concave egg-crate design. This front end was produced from 1961 to 1962 before going to one headlight on each side of a re-designed grill starting in 1963.

The wheelbase was longer, as the front wheels were mounted further forward. This increased the front clearance angle in spite of the lower body. The range was C-100 to C-130, the heavier duty versions were not replaced as the C-series gross vehicle weight rating now only went from 4,200 to 8,800 lb (1,900 to 4,00 kg). The 1961 International Harvester C-series Travelette was the first American-made four-door, four-wheel-drive production pickup truck. For more information on this vehicle, check out Wikipedia.

We are going to be diagnosing the engine to figure out why it isn’t running. Also, we will be replacing the rusted floor pans and installing the gas tank and neck.