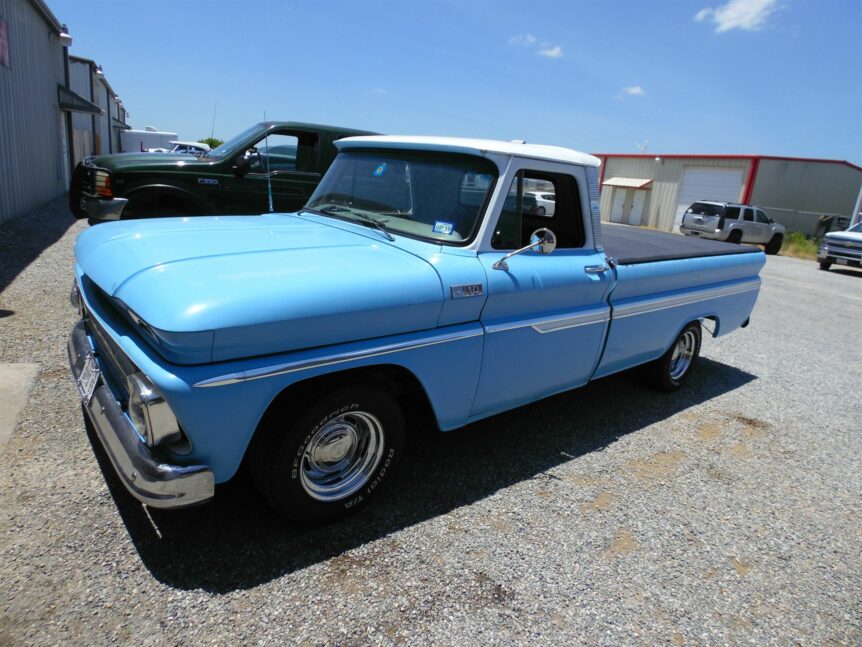 C/K is a series of trucks that was manufactured by General Motors from the 1960 to 2002 model years. Marketed by both the Chevrolet and GMC divisions, the C/K series encompassed a wide range of vehicles. While most commonly associated with pickup trucks, the model line also included chassis-cab trucks and medium-duty trucks and served as the basis for GM full-size SUVs. Through its entire production, the model line competed directly against the Ford F-Series and the Dodge D series (later the Dodge Ram pickup).

For South America, the model line was manufactured by General Motors Brazil, who produced versions of the model line for Brazil, Argentina, and Chile from 1964 to 2001.

As GM entered the 1990s, the company revised its truck ranges, replacing the medium-duty C/K trucks with the Chevrolet Kodiak/GMC TopKick for 1990. For 1999, GM replaced the fourth-generation C/K pickup trucks with an all-new model line; in line with GMC, Chevrolet dropped the C/K nameplate (in favor of a singular Chevrolet Silverado nameplate). Initially marketed with its successor, the final C/K pickup trucks were produced for the 2000 model year. From 2001 to 2002, the final vehicles of the C/K model line were heavy-duty chassis cab trucks.