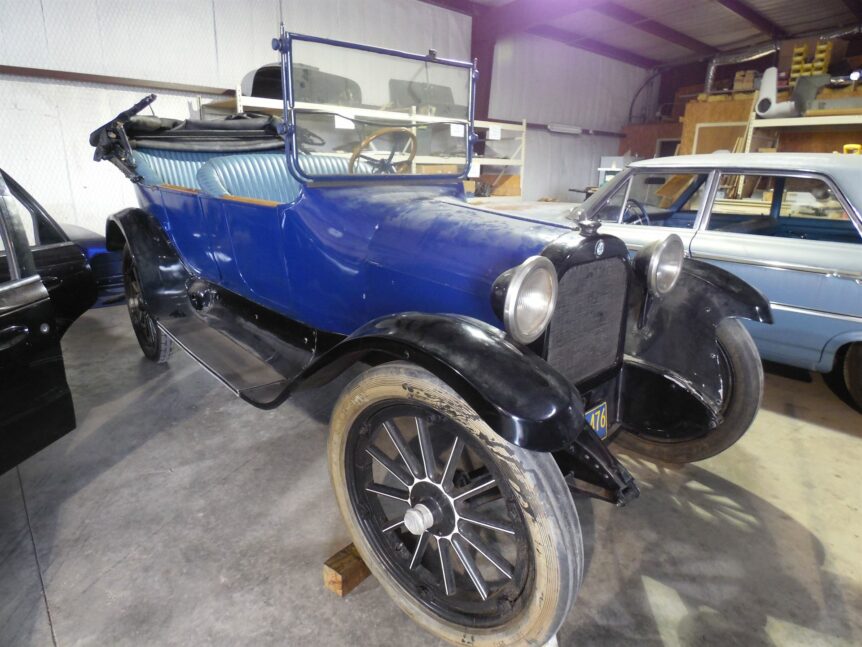 Dodge is an American brand of automobile manufactured by FCA US LLC (formerly known as Flat Chrysler Group LLC), based in Auburn Hills, Michigan. Dodge vehicles currently include performance cars, though for much of its existence Dodge was Chrysler’s mid-priced brand above Plymouth.

Founded as the Dodge Brothers Company machine shop by brothers Horace Elgin Dodge and John Francis Dodge in the early 1900s, Dodge was originally a supplier of parts and assemblies for Detroit-based automakers and began building complete automobiles under the “Dodge Brothers” brand in 1914, predating the founding of Chrysler Corporation. The factory was located in Hamtramck, Michigan, and was called the Dodge Main factory form 1910 until its closing in January 1980. The Dodge brothers both died in 1920, and the company was sold by their families to Dillon, Read & Co. in 1925 before being sold to Chrysler in 1928.

John and Horace Dodge were talented machinists who were early Ford Motor Company suppliers and shareholders. They started producing their own cars in 1914, and by 1916 they were fourth overall in U.S. sales. In 1928 Walter P. Chrysler bought Dodge Brothers for $175 million, by 1930 the division was renamed as simply “Dodge.” Dodge has operated as a division of Chrysler ever since. This radiator emblem has a black rim with lettering that reads “DODGE BROTHERS/DETROIT-U-S-A-”in silver text. The emblem’s center is a globe with a light blue background with silver landmasses. Over the globe is a white and black triangle interlocking to form a star, with the initials “DB” in the center. While the logo looks similar to the Star of David, the Dodge brothers were not Jewish, and it is believed to represent the Greek letter delta, one for each brother, interlocked to show their closeness.

Radiator emblems are small, colorful metal plates bearing an automobile manufacturer’s name or logo that attached to the radiators grilles of early automobiles. Varying in shape and size, the emblems served as a small branding device, sometimes indicating the type of engine, place of manufacturing, or using an iconic image or catchy slogan to advertise their cars make and model. This emblem is part of the collection that was donated by Hubert G. Larson in 1964.

We will be removing the convertible top to repair the frame and making a new top.

We removed the convertible top to get a look at the frame.

The frame has a few broke places, we will be removing it to repair it.

Working on repairing the frame pieces that have broken apart.

The new convertible top has been completed.

We pulled the engine out.

Getting ready to reinstall